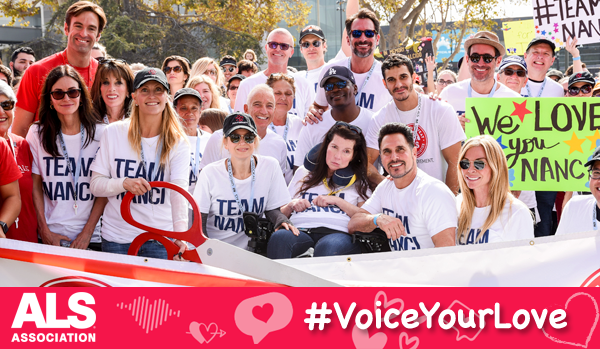 ALS Can Not Take Away My LOVE

By Nanci Ryder
Living with ALS since 2014

This is the third in a series of posts from people living with ALS who are featured in our #VoiceYourLove campaign.

Nanci Ryder, a renown Hollywood publicist and co-founder of BWR Public Relations, was diagnosed with ALS in 2014. Since then, she has since worked tirelessly to raise public awareness about ALS, and to advance the search for effective treatments and cures for ALS along with the help of her many friends and supporters. Along with her family and friends, like Renée Zellweger and Courteney Cox, she has participated in the Los Angeles County Walk to Defeat ALS as “Team Nanci”, raising over $690,000 in support of the ALS community. She has received many awards for her awareness and fundraising efforts, including from the Publicists Guild, The ALS Association, and The ALS Association Golden West Chapter.

The following is Nanci’s 2018 ALS Hero Award acceptance speech at the LA Walk to Defeat ALS. It was read by her friend, Don Diamont from CBS’ Young and Restless and Bold and the Beautiful, as Nanci is no longer able to speak on her own.

Wow… it is times like this that I really, truly miss cursing out loud. But since this is a family-friendly event, it is probably best for all that I cannot.

I can imagine… no… I can remember what it was like to say my own words, to move when I wanted, to taste coffee, to laugh out loud. I can feel the itch on my nose that needs to be scratched by another’s hand. And I can hear the voice of the first person who started to speak slower to me, as if I was hard of hearing. They were lucky that I can no longer throw things at them.

They don’t call ALS progressive and devastating for nothing.

But I also can remember how awestruck I was when people gathered around me in support… can feel the warmth when I look at the faces of so many people cheering at me for being “brave” – can hear the words from friends and even strangers telling me, “You are not alone.” 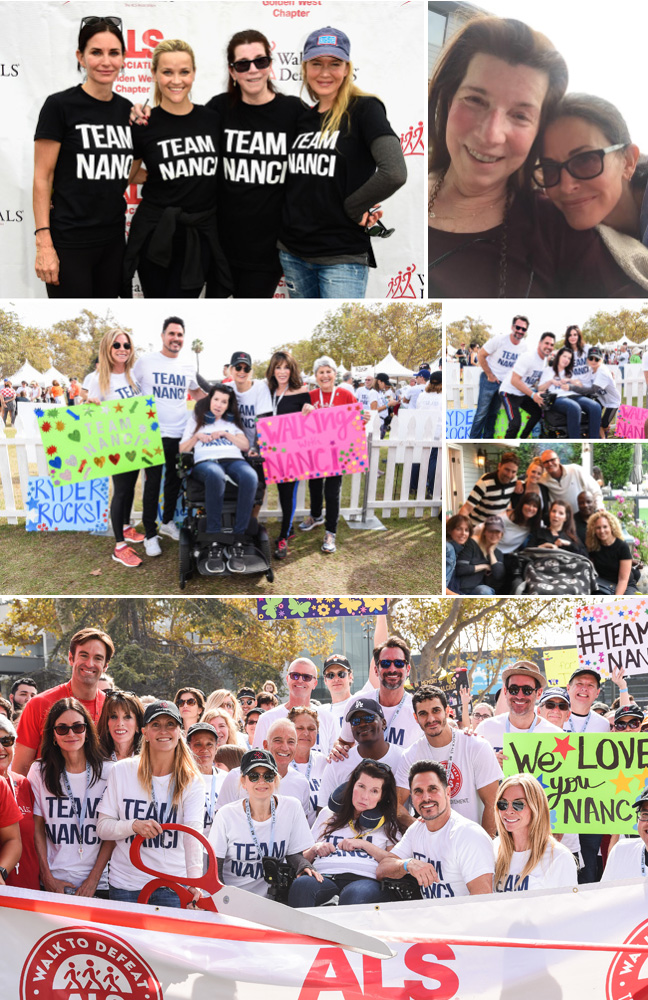 Who knew that this would be the greatest gift of this disease?!

The one thing that ALS can not and will not take away from me is… LOVE. My love for each and everyone of my friends for joining me on this terrible and crazy journey. My love for each of you for being brave and tenacious enough to be here today to stand up for those that YOU love. My love for this wonderful day that we are all sharing here together.

I never intended to be courageous or inspirational, but according to this award apparently I am. So I ask you all today to promise me that – no matter what – that you will never, ever give up. That is another thing that ALS cannot take away – our will to keep going.

Every one of you is essential in the search for effective treatments and cures. Thank you for all you are doing and will do to help.

It is only together that we WILL defeat ALS.

As part of a new nationwide campaign, The ALS Association challenges you to “Voice Your Love” and help us raise awareness about ALS and one of its most devastating impacts: the loss of a person’s ability to speak. Learn more at voiceyourlove.org